Calling all data geeks! NBC Universal’s “Billion Dollar Research Lab” just revealed a trove of over 50,000 London Olympic viewers’ data in The New York Times, giving us a glimpse into the future of media consumption. We’ve expelled the most interesting findings:

2. NBC reported that 99% of all Olympics related tweets were from 7pm-Midnight, the time-delayed primetime. Though it seems like they are just trying to justify their decision for the delayed broadcast.

3. NBC claims that research led to the decision to live stream the closing ceremonies- not online backlash. But we’re calling BS on that!

4. Mobile/internet usage does not take away from TV time. Here’s the evidence, “People who tuned in using four devices — a TV, tablet, personal computer and smartphone — spent more time each day watching the Games, a total of five hours and 34 minutes, than viewers who watched only on TV, who logged three hours and 12 minutes.”

While the findings are certainly informative perhaps the most intriguing aspect is that the “Billion Dollar Research Lab” doesn’t even have a billion dollar budget- causing us to wonder why it was bequeathed that name.

Posted in Old media | No Comments » 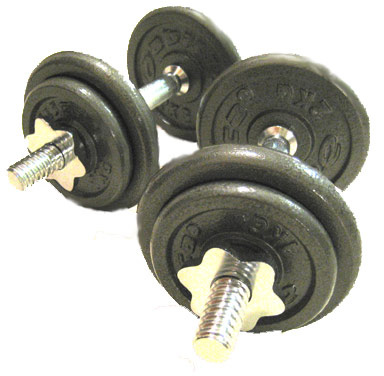 In light of the fact that the Blogads HQ is partaking in a gluttonous “Just Desserts” potluck today, I thought it would be a cruel idea to highlight some of the inspiring fitness features from around the Blogads network:

What Should We Call Me illustrates the downside of working out with others:

No one likes a smug show-off, especially when you feel like a walrus.

Your Life After 25 lists the medical benefits of swimming:

When you feel weightless in the water, that means the workout’s done, right?

I feel validated in thinking that showers are kind of overrated now.

Healthkicker shares helpful info on fitting in exercise at the office:

Betches Love This know the importance of expensive workout clothes:

If you can’t be athletic, at least you can dress like you are.

Welcome to the sixth post in our Barometer series, helping you gauge the atmosphere in the political blogosphere 6 weeks before the election.

Think Progress – Why Homeland Deserved to Dominate the Emmy’s
The political drama beat out heavyweights like Mad Men, Breaking Bad and Game of Thrones.

Outside the Beltway – Was Mitt Romney the Best Candidate the GOP had this Year?
Recent Romney gaffes have many conservatives re-thinking Bachmann, Cain, Huntsman, and other hopefuls.

Right Wing News – 7 Incredible Personal Stories About Mitt Romney That You May Not Know
Think you have Mitt Romney pegged? These anecdotes might sway your perception.

TIME curated a list of the top 50 Web sites that the “editors find to be useful, entertaining, innovative or just plain addictive,”  with Blogads’ partner Lamebook making the cut!

Lamebook.com is a popular and consistently hilarious resource to view the latest ridiculous and lame posts that people find worth sharing on Facebook. TIME described Lamebook as being “less about Facebook and more about human nature — whether you’re into social networking or not, there’s something for everyone here.”

We here at Blogads are thrilled for Lamebook’s recognition, and we highly suggest for anyone interested in the absurdity of human nature to check it out. Make sure to also check out the other sites that TIME highlights here. 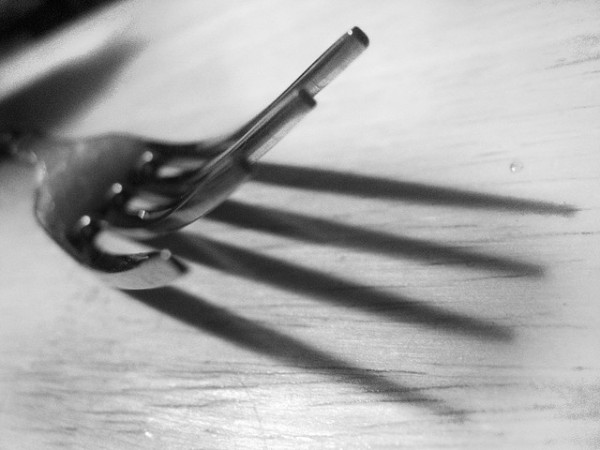 Friends with benefits: how some faces can amplify a Facebook ad

Can a few friends move an election?

Yes, according to a recent study by James Fowler of the University of California, San Diego. During the Congressional Election of 2010, Fowler’s study split 61 million Facebook users into three groups: 98% saw an ad saying “I voted” along with pictures of friends who had clicked the “I Voted” button, 1% saw the ad with no pictures of friends, and the final 1% weren’t shown the ad at all.

20% of those who saw pictures of friends responded to the ad, compared to 18% of the “friendless” users who responded. The study also discovered that the first group was 0.39% more likely to vote than the others.

Not much, say you? In total, out of 61 million users to see the ad, approximately 238,000 extra votes were cast, estimates Fowler. Considering Florida, North Carolina, and Ohio (swing states in 2008) were all won by a margin of less than 300,000 votes, that number could mean the difference between winning and losing a Presidential election.

The real-world impact is undeniable, and according to NPR’s Shankar Vedantam, campaigns are already using followers and subscribers to impact the 2012 elections:

Maybe General Motors, which caused a stir back in May by pulling its entire Facebook ad budget due to a “lack of impact on consumers,” should take this as a friendly hint to reconsider.

Tags: Homepage
Posted in Advice for Advertisers | No Comments »

Welcome to the fifth post in our Barometer series, helping you gauge the atmosphere in the political blogosphere 7 weeks before the election.

Althouse – Why Do So Many More Americans Think Obama Will Win Than Want Him to Win?
A peek at election psychology.

Outside the Beltway – One Year Later, The Failure of Occupy Wall Street is Apparent
A reflection on the movement’s anniversary.

by Paige Wilcox
Friday, September 14th, 2012
Sonja Foust is on a mission to test all of the good, the bad and the ugly that Pinterest has to offer. Her hilarious attempts (and failures) testing out DIY Pinterest how-tos and recipes on Pintester.com has garnered her a strong and loyal following. In addition to her site, keep up with Sonja on Facebook, Twitter and Pinterest! 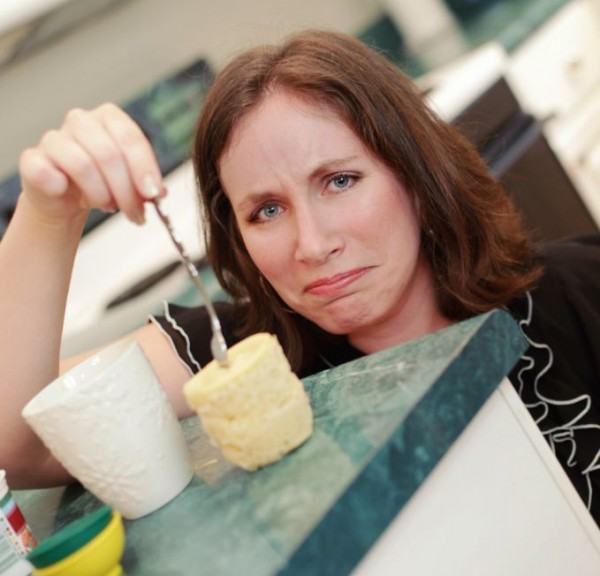 Q: When did you start blogging?
A: I started Pintester.com in December of 2011, but I’ve been blogging in some form (starting on Xanga– remember that?) ever since blogging was even a thing– so, like, 2001 or something. That OLD old stuff isn’t online anymore, but quite a lot of my old-ish stuff is still online at sonjafoust.com.
Q: What originally got you interested in blogging?
A: Umm, vanity, probably. I was enamored of the idea that someone could read what I’d written and then immediately comment on it. Having an instant audience was a pretty heady feeling and I never quite got over it.
I started Pintester.com specifically because I wanted a blog with a little tighter theme than just “the life of Sonja,” and I’d started a little bit of humor writing on my “the life of Sonja” blog and it had gone over pretty well. So Pintester.com was a chance for me to exercise my humor writing, and also a way to make something out of the stuff that I was already failing at. Yes, I was a Pinterest failure even before the blog.
Q: What are your favorite types of DIY pins to test?
A: Well I think I started out with mostly recipes because, hey, a girl’s gotta eat. But the beauty pins seem to be the most popular. People love it when I slather questionable things on my face. I’ve never been crafty, so I have to push myself to try the craft-stuff, but when I do, it usually fails hilariously, so I guess it’s worth it. My favorites are still the recipes, though, because even if they fail, there’s food involved.
END_OF_DOCUMENT_TOKEN_TO_BE_REPLACED 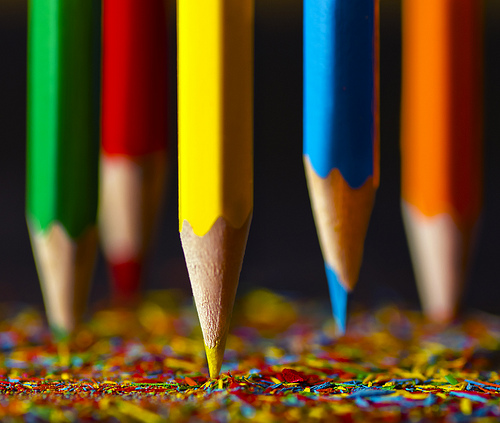 If you’re in a design rut and looking for some ideas for your office, home or crafts, we’ve got you covered.  Take notes from some of the aesthetically-gifted trendsetters from around the Blogads network:

The Graphics Fairy – Vintage Clip Art: Marvelous Pocket Watch
Consistently serving up different clip art ideas for your next craft or project, here’s one of the latest features inspired by steampunk.

Curbly – How To: Cheater Chalkboard Art
If you want to jazz up your walls and love artsy chalkboard typography, this is a great cheat-sheet for how to get it.

Design-Seeds – Color Sprig
Having trouble deciding which colors go best together? This a beautiful and soothing color palette.

Welcome to the fourth post in our Barometer series, helping you gauge the post-convention atmosphere in the political blogosphere.

Balloon Juice – Good Food, “Organic Food,” and Fixing the Gap Between the Farmer’s and the Hypermarket
An analysis of Stanford’s “debunking organic produce” study.